In a Moss Garden: The Sounds of Japan

In a Moss Garden: The Sounds of Japan
Performances by John Lane, Marty Regan, and Yoko Reikano Kimura
Pay What You Can, suggested value $20

This program juxtaposed aspects of traditional Japanese musical aesthetics through the medium of newly composed works for Japanese instruments and percussion. The works on the program reflected several elements of Japanese culture including Zen Buddhism, haiku and tanka poetry, and the annual celebration of cherry blossoms. Hanami is the word for a long-practiced Japanese tradition of welcoming the cherry blossoms of in springtime. Communities often gather under blooming cherry blossom trees and ponder their evanescent beauty.

The program included two works inspired by Zen Buddhism. John Lane’s Uji for solo snare drum and spoken text reflected on the teachings of Eihei Dogen, founder of the Soto school of Zen. John Cage’s Ryoanji was a sublime work that musically represents the raked sand and stones of the Ryoanji temple garden in Kyoto.

The program concluded with the premiere of a new work by Marty Regan for koto (13-string Japanese zither), shakuhachi (end-blown Japanese bamboo flute), and percussion entitled In a Moss Garden.

About the presenters:
Yoko Reikano Kimura, a Japanese koto, shamisen performer and singer has concertized in about 20 countries around the world based in New York and Japan. Following her studies at the Tokyo University of the Arts and the NHK School of Traditional Japanese Music, she studied at Institute of Traditional Japanese Music. Awards include the First prize at the prestigious 10th Kenjun Memorial National Koto Competition, the First prize at the 4th Great Wall International Music Competition and a scholarship from the Agency of Cultural Affairs of Japan. Her performances have been broadcasted on NHK-FM, NPR’s Performance Today and WQXR. As a koto soloist, Kimura premiered Daron Hagen’s Koto Concerto: Genji (13-string koto version) with the Euclid Quartet, and will perform it with the Wintergreen Music Festival Orchestra in the summer of 2018. As a shamisen soloist, she performed Kin’ichi Nakanoshima’s Shamisen Concerto at the National Olympic Memorial Youth Center, and performed with American Symphony Orchestra in Pietro Mascagni's Iris in 2016. Kimura is a founder of Duo YUMENO, with cellist Hikaru Tamaki. The duo received a Chamber Music America Commissioning Award in 2014 and the Kyoto Aoyama Barock Saal Award in 2015, and featured at Chamber Music America’s 2016 National Conference, and performed at the John F. Kennedy Center in 2017. In 2019, the Duo will have its ten-year anniversary recital at Carnegie Hall. yokoreikanokimura.com

John Lane is an artist whose creative work and collaborations extend through percussion to poetry/spoken word and theater. As a performer, he has appeared on stages throughout the Americas, Australia, and Japan. Recent credits include performances at the Hokuto International Music Festival in Japan, Percusión en Escena International Percussion Festival in Bogotâ, Colombia, as concerto soloist with the National Symphony of Panama, and as a featured international guest artist at the Antarctica Music Festival at the Australian National University. Commissioning new works and interdisciplinary collaborations are integral to John's work. Over the last few years, he has been connected with a number of composers including Peter Garland, Mark Applebaum, Yo Goto, Emiliano Pardo, Mara Helmuth, Christopher Deane, John Luther Adams, Kyle Gann, Michael Byron, Wen Hui Xie, Kazuaki Shiota and David Farrell. John has several on-going collaborations with writer Ann McCutchan, poet Nick Lantz, percussionist Allen Otte, visual artist John Roach, and has created original music for choreographer/dancer Hilary Bryan and granite sculptor Jesús Moroles. Currently, John is the Director of Percussion Studies and Associate Professor of Percussion at Sam Houston State University in Huntsville, TX. He taught previously at the University of Wyoming and held fellowships at the Cincinnati College-Conservatory of Music and the University of North Texas. john-lane.com

Marty Regan has composed over 75 works for traditional Japanese instruments and since 2002 has been affiliated with AURA-J, one of the premiere contemporary-traditional Japanese music ensembles. Widely regarded as the authoritative source on the subject and the only resource of its kind available in English, his translation of Minoru Miki’s Composing for Japanese Instruments was published by the University of Rochester Press in 2008. His “Selected Works for Japanese Instruments” compact disc series is on Navona Records and his music is published by Mother Earth Co., Ltd. He completed his Ph.D. in music with an emphasis in composition at the University of Hawai'i, Manoa in 2006. His music has been broadcast on American Public Media’s Performance Today and NHK’s Hōgaku no hito toki/'A Moment for Traditional Japanese Music.’ One of his largest works, a chamber opera entitled The Memory Stone, was commissioned by the Houston Grand Opera as part of the HGOco's Songs of Houston: East + West initiative and was premiered in 2013 at the Asia Society Texas Center. In 2015 he was the recipient of a Helene Wurlitzer Foundation Artist Residency Grant as well as a Clare Hall Visiting Research Fellowship from the University of Cambridge, UK. He is an Associate Professor of Music at Texas A&M University. martyregan.com 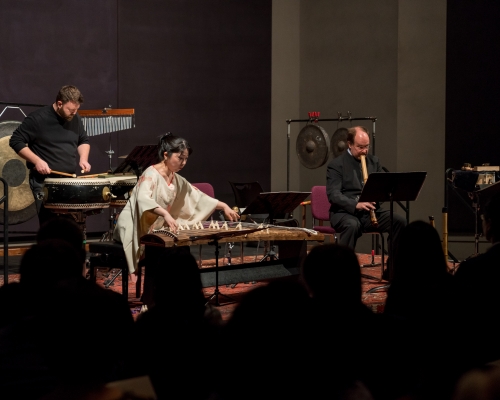 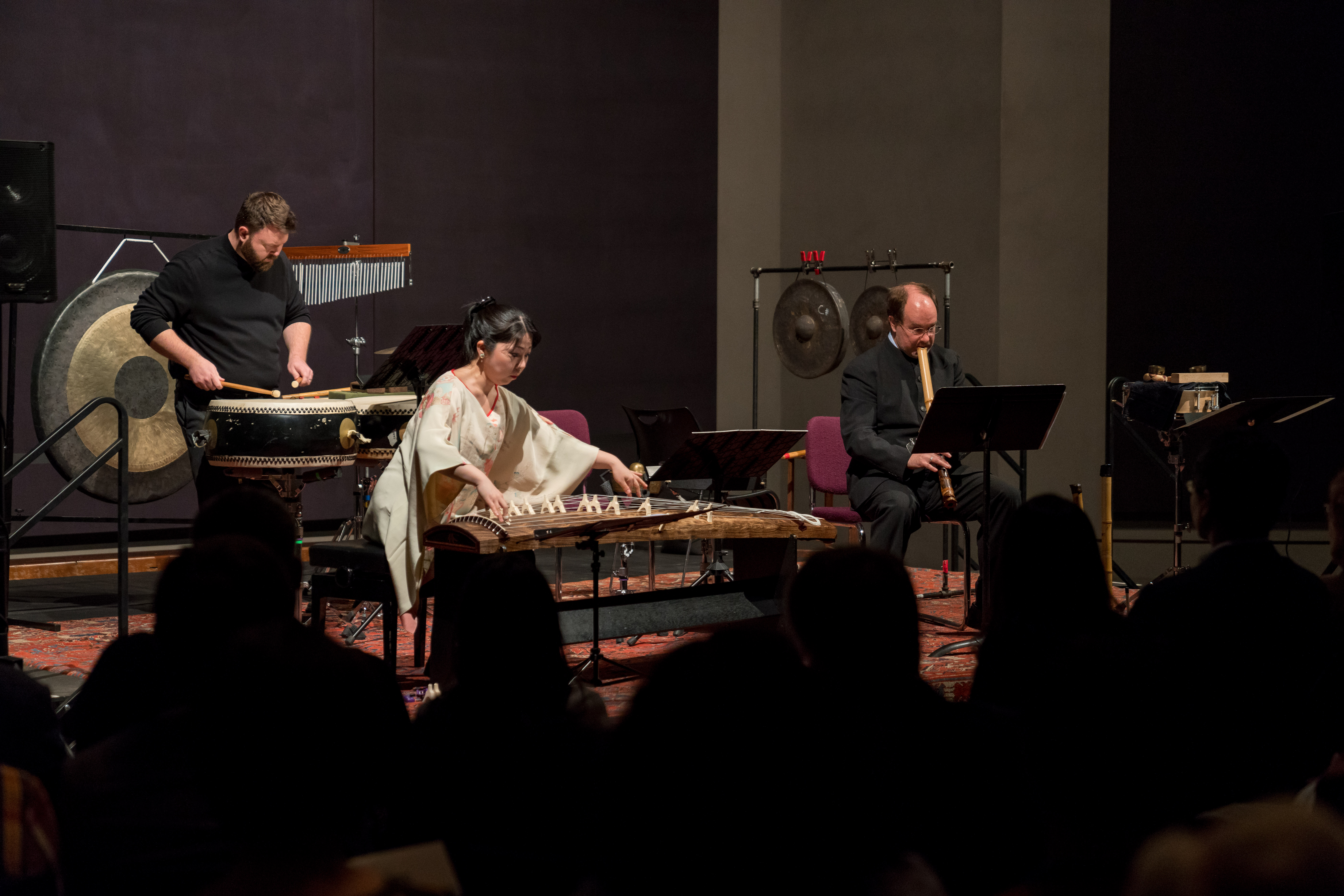