"The Óscar Romero Award is given for truth and freedom...our guiding values. They imply justice and peace."
-Dominique de Menil, Rothko Chapel Co-Founder

Since 1986, the Rothko Chapel has given an award to grassroots activists who are working under extraordinary circumstances to advance human rights, often without widespread recognition and at great personal risk. The award includes an unrestricted cash stipend given to the awardee and/or their organization.

The Rothko Chapel has given 14 Oscar Romero Awards since 1986. This award holds the conviction that securing basic dignity and freedom for people worldwide requires that individuals and organizations challenge abuse from the grassroots.

Who was Óscar Romero?

This award is named in honor of Saint Óscar Romero of San Salvador, who was murdered on March 24, 1980, while conducting Catholic Mass in a local hospital chapel. He was targeted by El Salvadorian extremist political forces because of his opposition to military violence and his courageous defense of the poor and marginalized communities in his country. He is championed today for risking his life and reputation to speak out against the social injustices he witnessed.

He was beatified on May 23, 2015, and canonized as a saint on October 14, 2018. He is recognized internationally as a martyr and has inspired countless others to advocate for justice even in the face of great economic and political pressure.

"Óscar Romero was murdered because he had become a vocal advocate of Truth and Freedom, because he had spoken out on behalf of the poorest of his flock, because he had openly opposed the forces of violence and oppression. Shortly before his assassination Archbishop Romero said, 'My hope is that my blood will be like a seed of liberty.' This special award to commemorate Óscar Romero’s sacrifice serves as a reminder of his integrity and courage."
-Statement printed in the program for the first Óscar Romero Award Ceremony in 1986

What is the awardee criteria?

This award is given to grassroots individuals or organizations working to fight injustices on the ground, in community with others. Awardees can be an artist or artist collective, spiritual leader(s), and human rights activist(s). The award is open to individuals based locally in Texas, nationally in the US, and internationally. Awardees display a profile of courage or courageous struggle, such that their vocation puts their lives, reputations, or livelihood at risk. Awardees are committed to self-transformation and the transformation of others through their work, and receiving the award will further their work and impact.

Since 2017, the Óscar Romero Award has been tied to a specific social justice theme, explored in-depth during the Rothko Chapel’s biennial spring symposium. The 2023 Award is focused on urgent civil rights issues in the US. 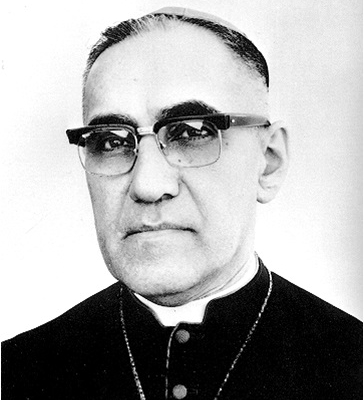 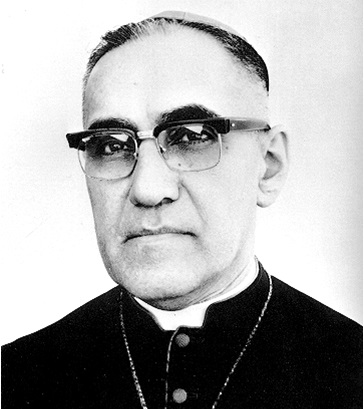