Honor the work of Miriam Miranda and Berta Cáceres at the 2015 Óscar Romero Award Ceremony. The ceremony includes a keynote address from author Anne Nelson and remarks from the award winners. Nelson is an expert in the fields of international aff airs, media, and human rights. As a former war correspondent, she covered confl icts in El Salvador and Guatemala and won the Livingston Award for best international reporting from the Philippines. She is currently a professor at Columbia’s School of International and Public Aff airs (SIPA).

Following the ceremony, everyone is invited to the reception on the plaza featuring Honduran food and Houston-based Garifuna ensemble Walagante. Special thanks to HAA Folklife + Traditional Arts Program for
their assistance. 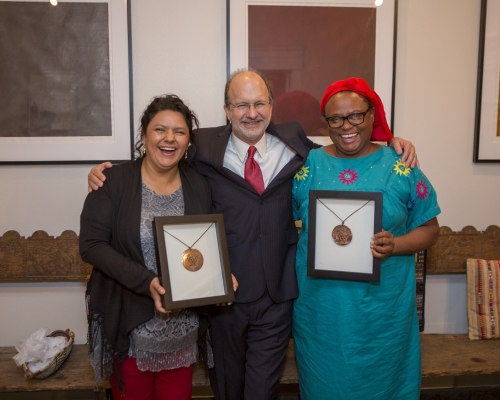