Rothko Chapel's biennial Óscar Romero Award--named after Archbishop Óscar Romero of San Salvador who was assassinated on March 24, 1980, because of his vocal opposition to the violent oppression of his fellow citizens--has been given every two years since 1987 in recognition of courageous, grassroots human rights advocacy. Building upon the topic of ending mass incarceration addressed at our 2017 Spring Symposium, the Chapel will honor two recipients, one internationally and the other locally selected, for this year's recognition.

The international awardee is Pierre Claver Mbonimpa, Executive Director of Association for the Protection of Prisoners and Human Rights in Burundi, east Africa. The local awardee is Kathryn Griffin Griñán, a Recovery Coach & Peer-To-Peer Counselor at Been There, Done That in Houston, Texas. The public award ceremony took place on November 12, 2017 at 3pm in the Rothko Chapel, including a keynote speech by Harris County Commissioner Rodney Ellis, followed by a reception on the plaza. This ceremony honored both recipients' courage while recognizing the vital importance of their work. Pierre Claver Mbonimpa is Executive Director of Association pour la Protection des Droits Humains et des Personnes Détenues (Association for the Protection of Prisoners and Human Rights), an organization that documents and reports on human rights violations with an emphasis on those committed against incarcerated people. APRODH provides legal advice and judicial accompaniment, monitors prisons and jails, fights against torture and sexual violence, and publically and vocally condemns human rights violations regardless of who commits them. Pierre Claver is referred to as the grandfather of Burundi’s human rights movement. He was one of a few activists who, despite the country’s insecurity, not only remained in Bujumbura but also continued to denounce human rights violations and the harassment of human rights defenders. In remaining outspoken, he knowingly put himself in danger and has been attacked, imprisoned and faced assassination attempts. In 2015, his son-in-law was killed and his son shot, and still, he has never stopped condemning human rights abuses committed by the government. Pierre Claver remains commitment to the fight for justice and basic freedoms in Burundi.

Kathryn Griffin Griñán is the Human Trafficking Director for the Precinct One Constable’s Office in Harris County, the creator and Director of a re-entry program in Harris County Jails called “Been There, Done That,” and the Program Coordinator at the Texas Department of Correction’s Plane State Jail (Henley Unit) for her program “Our Road to Freedom.” In addition to rehabilitating women who have been victims of human trafficking and prostitution, she also serves as an airline ambassador, training others on how to spot sex trafficking victims. Kathryn’s no nonsense approach in healing and rehabilitating victimized women, children, and men, and her ability to reach the hearts of those she helps is a result of her personal experiences with childhood sexual abuse and the harsh world of prostitution until the age of 43. After a long a long battle with drug abuse resulting in incarceration in numerous jails, prisons and over 22 rehab centers, today Kathryn is beginning her 15th year of sobriety and has committed her life to saving the lives of others. 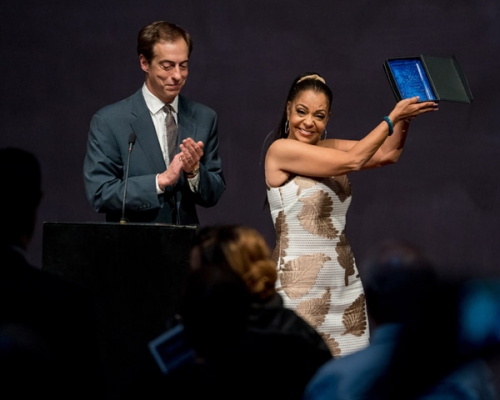