About Adam Tendler:
Adam Tendler has been called "an exuberantly expressive pianist" who "vividly displayed his enthusiasm for every phrase" by The Los Angeles Times, a “quietly charismatic...intrepid...outstanding...maverick pianist” by The New Yorker, a "modern-music evangelist" by Time Out New York, and a pianist who "has managed to get behind and underneath the notes, living inside the music and making poetic sense of it all," by The Baltimore Sun, which continued, "if they gave medals for musical bravery, dexterity and perseverance, Adam Tendler would earn them all." London critic Frances Wilson described Tendler's memorized performance of Morton Feldman's Palais de Mari as "a concentrated listening experience...meditative, intense and beautifully poised." And New York Times critic Anthony Tommasini wrote that Tendler played an outdoor performance of John Cage's music "captivatingly," and that "the wondrously subdued sounds silenced many, who listened closely even as street bustle and chirping birds blended in." 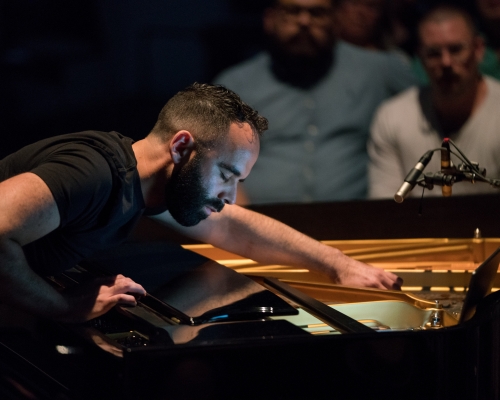