In honor of the life and work of the Rev. Dr. King, our Annual Celebration began with a ceremony on the plaza to welcome the return of the Broken Obelisk by Barnett Newman after a year away for conservation.  The event included words by Rev. Dr. Marcus Cosby, Wheeler Baptist Church Senior Pastor; Harris County Precinct One Commissioner Rodney Ellis; Congresswoman Sheila Jackson Lee; Gary Tinterow, Director of the Museum of Fine Arts, Houston; a capella performances by Edwina Hubbard; and original poems performed by Jackson Neal, 2016 Meta-four Houston Youth Poetry Slam team member, and Fareena Arefeen, City of Houston's second Youth Poet Laureate, an initiative led by Writers in the Schools, the City of Houston, and the Houston Public Library. After enjoying refreshments during the reception on the plaza, and the evening ended in the Chapel with a talk by American commentator, journalist and novelist, Leonard Pitts, Jr.

The Fierce Urgency of Now

What is our role—individually and collectively—to build social movements that lift up equity and justice and keep at bay the powers and principalities whose aims are to divide and destroy community? What forms of non-violence should resistance take in the struggle for social change? How do we learn to listen to the fears, hopes and desires of our neighbors even if the language is not our own?

As a journalist whose work engages a broad cross-section of America and explores the powers and societal dynamics that both enhance and tear at the fabric of community, Leonard Pitts, Jr. explored some of these key questions in light of the current state of our nation post-election. More than ever, Dr. King’s message and his social engagement methods are urgent. It is a time to re-energize and renew the commitment to inclusion, whether that be race, gender, or other areas that divide us. This urgency to unite is an alarm bell ringing in the night. Mr. Pitts explored the necessary trouble that we as citizens must get into as we stand together and defend the rights of all human beings.

A former writer for Casey Kasem's radio program "American Top 40," Leonard Pitts, Jr. was a pop music critic at the Miami Herald where he began writing about race and current affairs in his own column. Today, his Miami Herald newspaper column on pop culture, social issues and family life is syndicated in more than 150 daily newspapers. A finalist for the Pulitzer Prize in 1992, he won the top prize for commentary at the Scripps Howard Foundation’s National Journalism Awards in 2002. He is also the author of the bestseller, Becoming Dad: Black Men and the Journey to Fatherhood, a poignant account of the nature and meaning of black fatherhood in the contemporary United States. Pitts’ column has also won awards from the Society of Professional Journalists, the National Association of Black Journalists, the American Association of Sunday and Feature Editors and the Simon Wiesenthal Center, among others. He is a three-time recipient of the National Headliners Award. In 2001, he received the American Society of Newspaper Editors prestigious ASNE Award for Commentary Writing and was named Columnist of the Year by Editor and Publisher magazine. In 2002, the National Society of Newspaper Columnists awarded Pitts its inaugural Columnist of the Year award. Also in 2002, GLAAD Media awarded Pitts the Outstanding Newspaper Columnist award.  For more information please visit www.apbspeakers.com or http://www.leonardpittsjr.com/. 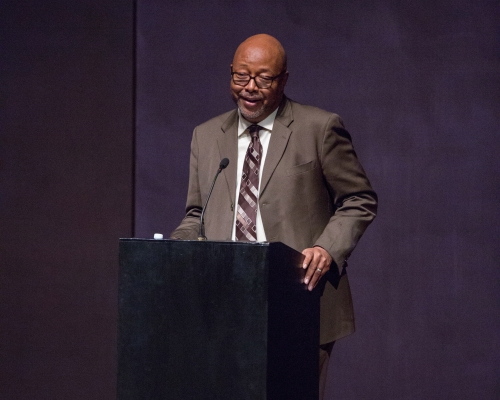