Concept of the Divine: A Hunger for Wholeness with Ilia Delio and Bill Kerley

Concept of the Divine Series
Pay What You Can, suggested value $15

A Hunger for Wholeness
Ilia Delio in conversation with Bill Kerley

Ilia Delio, a Franciscan Sister of Washington, DC, who bridges the spheres of science and religion shared her personal concept of the Divine and how that has changed over time, as she moved from a scientist in academia to a nun within the Catholic Church. She discussed how her spiritual belief system has informed her own evolution and contributions to her community. Following her lecture, Delio engaged in a rich conversation with Houston counselor and spiritual teacher Bill Kerley, as they delve into Delio’s most recent insights on the spiritual evolution of human beings in the age of technology from her forthcoming book A Hunger for Wholeness: Soul, Space, and Transcendence.

This program was made possible in part with a grant from Humanities Texas, the state affiliate of the National Endowment for the Humanities.

Program Participants:
Ilia Delio, OSF is a Franciscan Sister of Washington, DC and American theologian specializing in the area of science and religion, with interests in evolution, physics and neuroscience and the import of these for theology. Ilia currently holds the Josephine C. Connelly Endowed Chair in Theology at Villanova University, and is the author of seventeen books including Care for Creation (coauthored with Keith Warner and Pamela Woods) which won two Catholic Press Book Awards in 2009, first place for social concerns and second place in spirituality. Her book The Emergent Christ won a third place Catholic Press Book Award in 2011 for the area of Science and Religion. Her recent books include The Unbearable Wholeness of Being: God, Evolution and the Power of Love (Orbis, 2013), which received the 2014 Silver Nautilus Book Award and a third place Catholic Press Association Award for Faith and Science.

Bill Kerley is a psychological and spiritual teacher using Jungian insights to help achieve personal and relational growth. In addition to his private practice as a counselor and spiritual director, Kerley has been an instructor at Baylor College of Medicine where he taught "at risk" heart patients the beliefs and behaviors necessary to enhance and prolong their lives. Kerley is past president of both the Houston Association of Marriage and Family Therapy and the National Speakers Association, Houston Chapter. A great deal of his energy goes into writing and giving “life talks” designed to contribute to individual psychological and spiritual growth. He does this at St. Paul’s United Methodist Church where he has been on the staff for many years.

About the series:
Concept of the Divine series provides a unique opportunity for speakers to share how their personal concept of the Divine has changed over time and shaped their lives, their service to the community, and views about their place in the cosmos. As an organization committed to interfaith dialogue and engagement, this series offers an excellent opportunity to hear from people representing diverse faith communities and other sectors of society about this important topic. To learn more about other Concept of the Divine programs, click here. 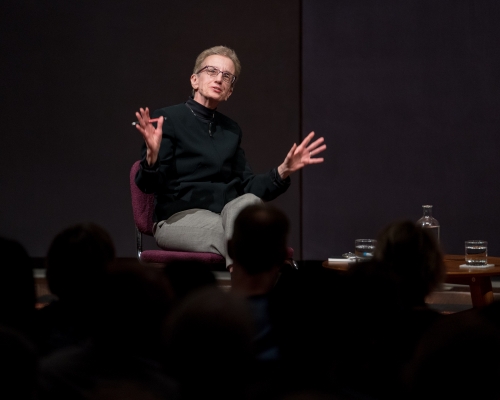