International Women’s Day celebrates the social, economic, cultural, and political achievements of women across the globe on March 8. In 2019, the day also marked a call to action for accelerating gender parity and employed the hashtags #BalanceforBetter and #IWD2019. The Rothko Chapel joined in partnership with the Houston Area Women’s Center for breakfast and a lively panel discussion to share the latest data around gender equity in Houston. Presenters included Elizabeth Gregory, Director of the Women's, Gender and Sexuality Studies Program at the University of Houston, and Sonia Corrales, Chief Program Officer at Houston Area Women's Center.

About the presenters:
Elizabeth Gregory directs the Women’s, Gender & Sexuality Studies Program at the University of Houston, where she is a Professor of English. Her books include Ready: Why Women Are Embracing the New Later Motherhood (2007/2012); Quotation and Modern American Poetry: “’Imaginary Gardens with Real Toads’” (1996) and two edited collections.  She is now completing projects on the later poetry of Marianne Moore, on the effect of the lack of “School/Work Synchrony” on gender dynamics, and on the interactions of fertility and work in the US economy.  She is part of a developing Initiative for Research on Women, Gender & Sexuality at UH.

Sonia Corrales has worked in the field of domestic and sexual violence for 26 years and has 19 years of management experience.  Specializing in anti-violence work, she has served on numerous local, state and national boards and/or committees including Houston Sexual Assault Kit Task Force, Harris County Domestic Violence Coordinating Council, Health and Human Services Commission-Task Force to Address the Relationship Between Domestic Violence and Child Abuse and Neglect, and the SAFER Working Group.  She is a graduate of the University of Texas at El Paso, alumni of Leadership Houston Class XXVI, American Leadership Forum-Criminal Justice Class 4, and of the Bank of America Neighborhood Excellence Leadership Program. Sonia is the 2016 TAASA Advocate of the Year recipient. 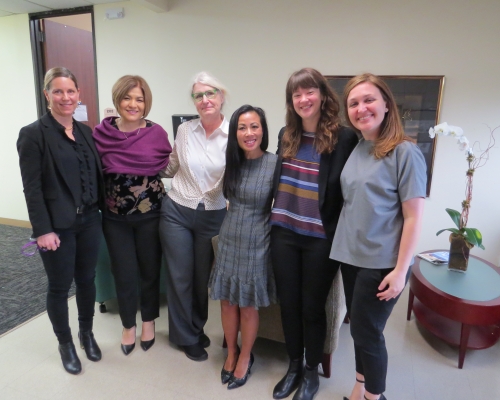