Concert, Gerling-Mut Duo
Pay What You Can, suggested contribution $20

Poetic Reflections was performed by Dr. Ingrid Gerling (violin/voice) and Dr. Andreea Mut (piano). Each piece in the program was based on meditation, sacred text, or religiously inspired poetry, written by composers of different religious backgrounds and nationalities. Poetic Reflections aimed to share an experience of universal spirituality that can be deeply felt through music. One of Houston's most notable composers, Paul English, debuted a piece composed for Gerling-Mut Duo, centering around the mission of the Rothko Chapel. Gerling-Mut Duo were joined by guest musicians Gabriel Santiago, guitar, and Cassio Duarte, percussion.

About Gerling-Mut Duo:
Known for their dynamic performances and creative programming, Dr. Ingrid Gerling and Dr. Andreea Muţ are re-energizing the concept of the violin and piano duo. They began their musical collaboration in 2012, while pursuing their Doctorate of Musical Arts degrees at the University of Houston. Upon graduating in 2015, they officially formed the Gerling-Mut Duo with the mission to bring new life to this traditional genre. They perform a wide range of repertoire, and share a strong commitment to performing contemporary music. Since its formation, the Gerling-Mut Duo has given multiple recitals at the University of St. Thomas and performs weekly for the Harmony in the Air series at the Hobby Airport.

Their recent performances at San Jacinto College and at the Memorial Classical Music series were received with great enthusiasm, and they have since been invited to give recitals at St. Stephen’s United Methodist Church and Grace United Methodist Church. The Gerling-Mut Duo was also featured at Miller Outdoor Theatre and the Rice University Boniuk Institute for Religious Tolerance as part of the Arts of Tolerance program. Future plans include another series of recitals at University of St. Thomas and other venues in Houston, outreach performances throughout Houston, and a recital tour in Brazil.

This program was presented in celebration of World Interfaith Harmony Week | February 1 – 7, 2019

The World Interfaith Harmony Week was first proposed at the UN General Assembly on September 23, 2010 by H.M. King Abdullah II of Jordan. Just under a month later, on October 20, 2010, it was unanimously adopted by the UN.

The World Interfaith Harmony Week extends the two common religious commandments: Love of the Good, and Love of the Neighbor, and includes all people of goodwill, those of faith and those with no faith. The week provides a platform when all interfaith groups and other groups of goodwill can show the world what a powerful movement they are. It is hoped that this initiative will provide a focal point from which all people of goodwill can recognize that the common values they hold far outweigh the differences they have, and thus provide a strong dosage of peace and harmony to their communities. For more information on World Interfaith Harmony Week and other events happening around the world, please visit: worldinterfaithharmonyweek.com 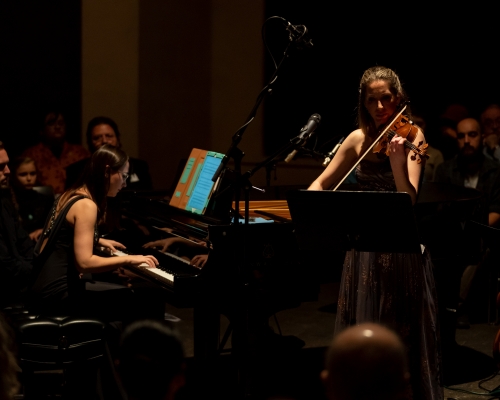